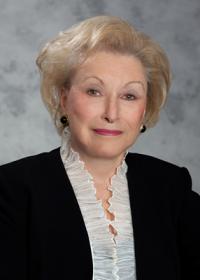 I was born in Brooklyn, New York to a physician father and an artistically talented stay at home mother. My childhood years were uneventful. College was never a question. It was understood that I would go to college and have a career. My father told me if he was going to pay for my college education that I had to graduate with what he called a “ticket.” A ticket was a certificate or a license in a given profession. He said, that as a woman, my choices were to be either a nurse or a teacher. Since he was a physician, he understood what was required of a nurse and he did not think that would be the right path for me. I could major in whatever I chose as long as I had the “ticket” when I graduated. He expected me to get married, but he explained that he believed a woman had to be able to provide for herself since you  never know what will happen in life.

I had always been interested in people. I was the friend that many came to for advice during my high school years. Given this, psychology seemed like a good major for me in college. Honoring my father’s proclamation, I had a double major in psychology and education. Although I was frustrated by my dad’s philosophy at the time, I was later  able to tell him how much I appreciated his requirement because as it turned out, it allowed me to go to graduate school while working as a teacher. When I married, my teaching salary provided my husband and me with needed income.

I began my first job as an elementary school teacher and started working towards earning my Masters in Psychology and Counseling degree in the same year. As a result of my psychological background, in my second year of teaching I was given a class with more than the usual number of problem children. This required me to be in frequent contact with the school system’s school psychologist. Toward the end of the year, she came to me and asked if I could modify my graduate program to include school psychology because she would be taking maternity leave the next school year. She said she thought I would be a good fit for the job on an interim basis.

I was able to work it out and assumed the job responsibility. During the time I was acting school psychologist, the school district realized that the seven schools involved were too much for one person to handle. Therefore, I was hired as a full time, school psychologist and went on to be licensed by the state of New York. It was totally serendipitous! I had never considered a career like this prior to this time.

Fast forward many years and we relocated to the Washington D.C. area when my husband took a position there. I looked for a job with a school district, clinic, or hospital working with children and their families. Unfortunately, or fortunately I was unable to find employment because every place required me to work four consecutive hours which I couldn’t do because of my responsibilities for my young daughter. As a result, with a great degree of trepidation, I decided to go into private practice utilizing my existing skills. Over time, my work with families and children morphed into helping families restructure their lives following a major fracture such as divorce, domestic violence or loss of a parent.

Unexpectedly, when my daughters were 10 and 15, my husband passed away. Several years earlier, we had agreed we needed professional financial advice.  My husband searched for a financial planner and selected Alexandra Armstrong. I went with him to our first meeting with her but after that left the work to him despite his best efforts to get me involved.   I always promised to sit down with him but that day never came and now he was gone.

Alex inherited me as what I would describe as a financial wreck. I didn’t want to make any decisions. I tried to do what I thought my husband or father would do. Eventually, she became impatient with my indecisiveness and in a stern tone asked me what was wrong with me: Since I’d made decisions in the rest of my life, why not in finance? Somehow, that was a wakeup call.  I began to pay attention and over the years, we became friends and eventually co-authors.